Various Time Management Techniques That Can Increase Your Child's Productivity

We all approach our tasks in different ways. For some, we may organize them into neatly categorized groups, for others we may just do them by the order in which we feel the mood to do it in. However, one thing everybody may struggle with is procrastination. To combat procrastination, there are various kinds of time management techniques that one can use in order to increase their productivity and get all their tasks done on time.

The first time management technique is the 80:20 rule. Also known as Pareto Analysis, it is a principle based on the idea that less is more. Vilfredo Pareto, an Italian economist, “discovered” this principle in 1897 when he observed that 80 percent of the land in England (and every country he subsequently studied) was owned by 20 percent of the population. Since then, this principle has been applied to many aspects of modern life including time management. In terms of time management, the principle essentially states that 20% of your effort produces 80 percent of the results. In other words, there is only a limited number of tasks (about 20%) that will actually contribute to about 80% of your success. 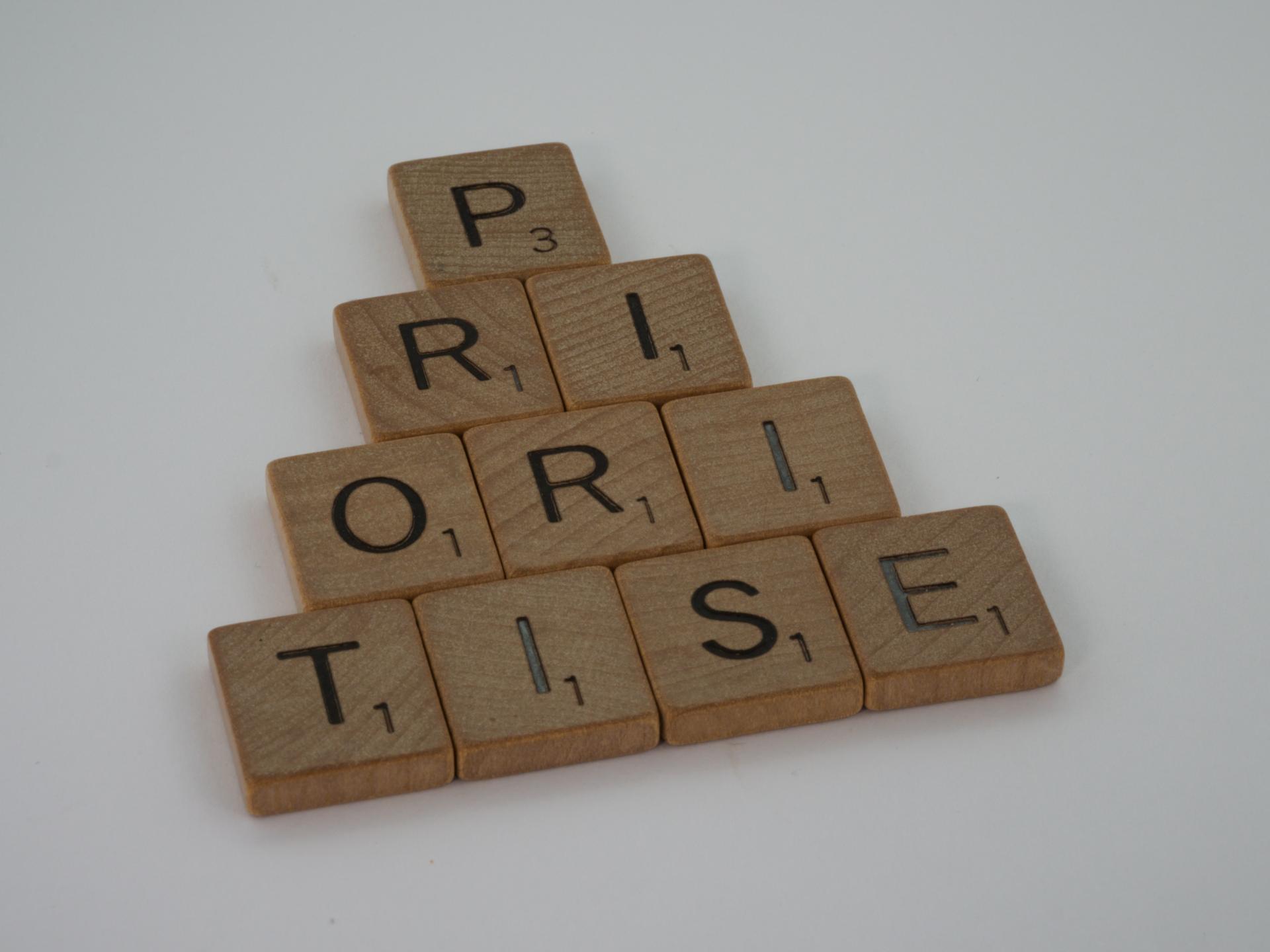 With the 80:20 rule in mind, it allows us to get our priorities straight and identify what is important and what’s not. Many times, trivial and small-impact tasks often get in our way of important ones and this is usually because important tasks require a lot more effort to execute in comparison to non-important tasks, which makes them less attractive to us. For example, when it comes to a group project, it’s much easier to brainstorm, have meetings, or debate different ways to approach the project than to actually just choose one of the options and execute it perfectly. See what I mean? The 80:20 rule helps you to recognize your priorities and then focus on those tasks that are actually important, resulting in you being able to spend the rest of your time doing what you love, while everybody else may be working 80% of the time only to produce 20% of the results.

The second time management technique I want to go over is the Eisenhower Matrix. Similar to the 80:20 rule, it helps one to prioritize their tasks and organize them according to the urgency as well as the importance of them. The Eisenhower matrix utilizes a certain framework that helps one to make the distinction between tasks that are important, not important, urgent, and not urgent. You’re able to organize your tasks into these four boxes that prioritize which tasks you should focus on first and which you should delegate or delete. 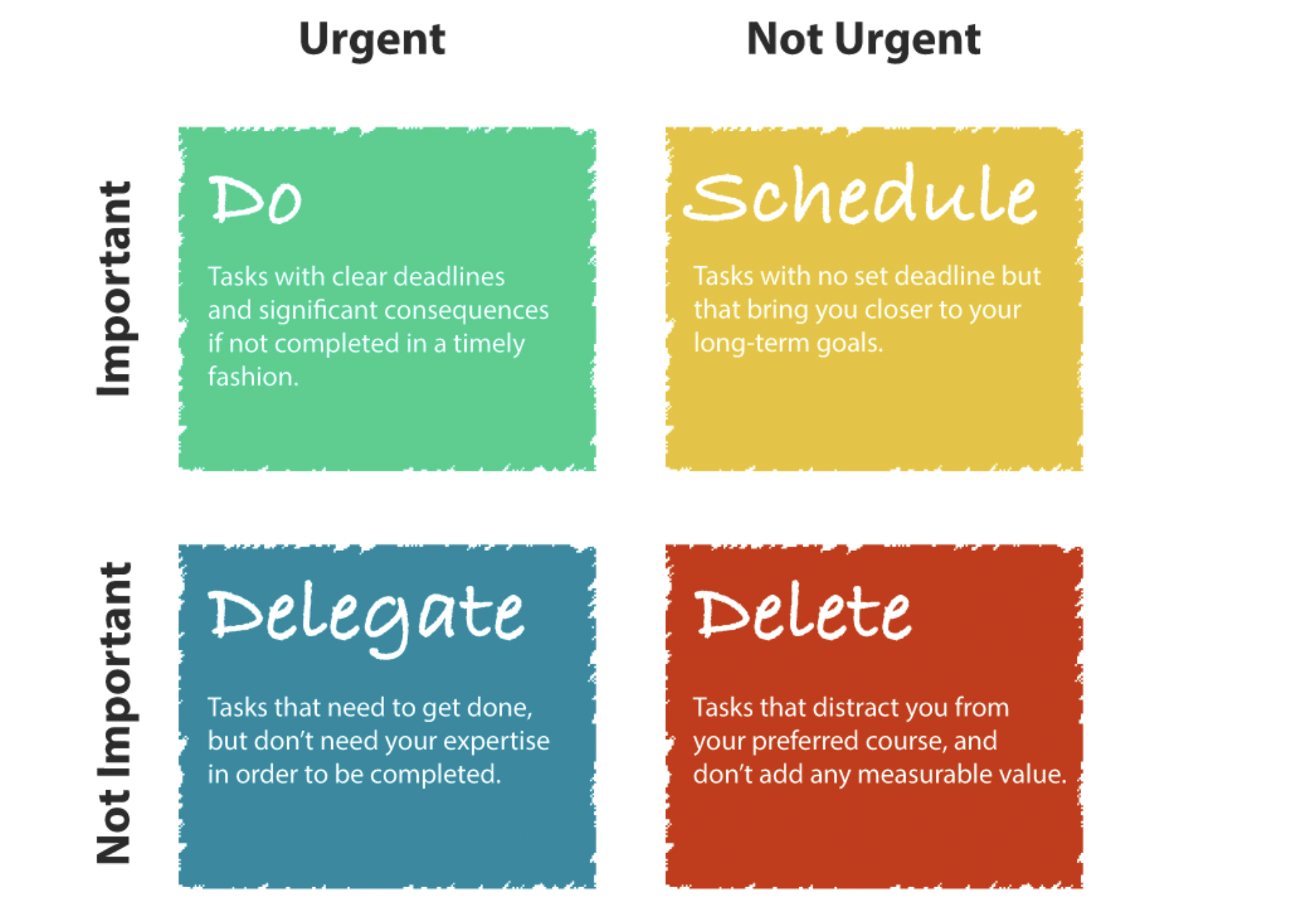 The main principle behind the technique is the distinction between important and urgent tasks. Urgent tasks are time-sensitive and demand your attention. They’re tasks you feel like you have to address. In contrast, important tasks are tasks that contribute to your long-term goals. Although they may not yield immediate results, they are important and if they continue to be not addressed, they can become urgent. Despite the idea that all urgent tasks are important tasks, in truth, they are not. This misrepresentation may have to do with our preference for focusing on short-term problems and solutions; however, completing important tasks help us in the long term and contribute to our happiness and feeling of accomplishment.

Let’s say you were given two weeks to finish a project. Usually what would you do? Some might say that they would evenly distribute the days to complete the tasks, but probably most of us would say that and end up doing it last minute. I’m guessing you would agree. Many of us do this and it’s a habit that we all wish we could get rid of. This is known as Parkinson’s Law, which states that “work expands so as to fill the time available for its completion.” The sentence was first coined by Cyril Northcote Parkinson in his 1995 essay for The Economist and later reprinted in the 1958 book Parkinson’s Law: The Pursuit of Progress. Studies suggest that when given a task, rather than thinking of how much we actually need, we only think of how much time is available to complete the task. This mindset results in wasted time and it explains why we feel the need to take all the time we’re given to complete a task even if it doesn’t require that much time. Now, knowing what the law means, we can use Parkinson's Law to our advantage to actually help our time management. In regards to time management, Parkinson’s Law suggests that in order to complete a task, you need to assign an accurate deadline that differs from the actual one in order to help you complete it. In reality, by assigning accurate deadlines to tasks, you can maintain the simplicity of the task and reclaim your time. Many times, we give our projects more time than they actually need to be completed and so with Parkinson’s Law, it allows us to be realistic with our deadlines and complete projects even before it’s due! 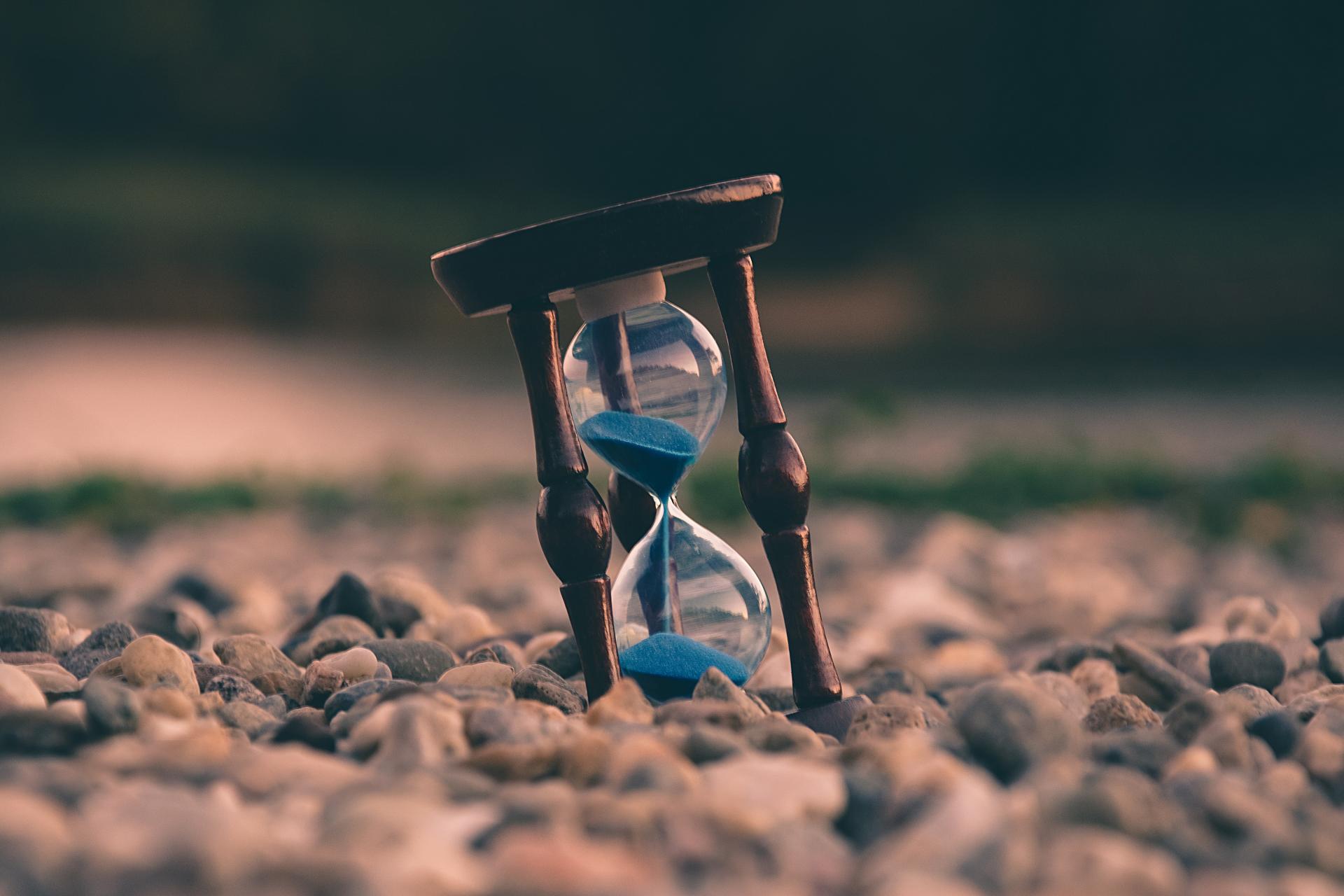 These are the three different time management techniques that your child can use to increase their productivity. Although some strategies may be unsuccessful, the most important part of improving your time management is to try.